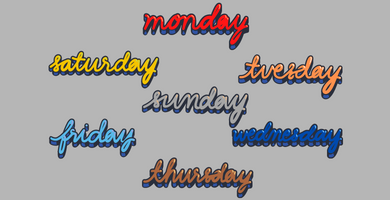 Will The Four Day Week Become A Reality For All?

After embracing flexible work styles during the pandemic, some companies are now taking the risk and adopting shorter weeks, as a permanent solution. So, what if all organisations in the UK scrapped the traditional 5-day week and made this the norm? Would business soar or would productivity take a hit?

Between 2015 and 2019, Iceland was the first country to take the leap and trial the four-day week in which workers were paid the same amount for shorter hours. It was overwhelmingly successful, leading to many workers moving to shorter hours permanently. In 2021, Spain and New Zealand also announced trials of a 32-hour week, and Scotland is putting plans into place for companies to explore the benefits and costs. The UK are following closely behind.

So, how do you know if a four-day week is right for your business? Take a look at some of the advantages and disadvantages below:

So, are you considering a four-day week in your organisation? It remains to be seen whether it’s the future of the workplace, but organisations need to continue to be agile and adapt to accommodate increasing changes in technology and the marketplace, whilst maintaining focus on the wellbeing of employees to support productivity, retention, and engagement.