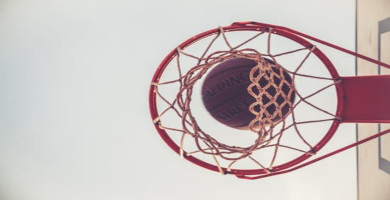 8 of Kobe Bryant's most influential quotes

In light of the recent tragedy of the passing of NBA star Kobe Bryant, here are 8 of his most influential quotes to assist you in both your working and daily life. Bryant was well known for his 20 years with the Los Angeles Lakers before retiring back in 2016. As well as being known for his incredible talent on the basketball court, he was also a successful businessman/investor after his retirement and was inspiration to many around the world.

“Everything negative – pressure, challenges – is all an opportunity for me to rise.”

“I’ll do whatever it takes to win games, whether it’s sitting on a bench waving a towel, handing a cup of water to a teammate, or hitting the game-winning shot.”

“The most important thing is to try and inspire people so that they can be great at whatever they want to do.”

“I’ve played with IVs before, during and after games. I’ve played with a broken hand, a sprained ankle, a torn shoulder, a fractured tooth, a severed lip, and a knee the size of a softball. I don’t miss 15 games because of a toe injury that everybody knows wasn’t that serious in the first place.”

“If you’re afraid to fail, then you’re probably going to fail.”

“I have self-doubt. I have insecurity. I have fear of failure. I have nights when I show up at the arena and I’m like, ‘my back hurts, my feet hurt. I don’t have it. I just want to chill.’ We all have self-doubt. You don’t deny it, but you also don’t capitulate to it. You embrace it.”