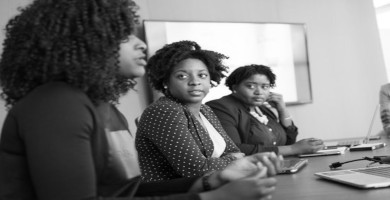 A history of women in the workplace

Women throughout history have battled against social stigma and prejudice to demand a place for themselves on the working platform. This battle for equality and freedom however, has been far from a simple journey. It has been centuries in the making, and the freedom we are now beginning to see is a direct result of the sacrifices made by woman throughout history.

Historical records show us that for centuries, and even millennia, (essentially for as long as we can remember), there have been seemingly impenetrable barriers preventing women from achieving the same heights as men in a variety of different areas - especially the workplace.

Throughout this article we will review the history of women in the workplace and the events that needed to occur in order to help begin the process of breaking down the barriers that stood immovable for such a long period of time.

Going back 2,000 years to ancient civilisations women were idolised because of their virtue and beauty. However, rarely, (with the exception of leaders such as Cleopatra and Boudica) were women ever entrusted with positions of power. Society dictated that women were designed to bear children and to have their honour defended by men.

Things didn't really begin to change for women until the time of the Enlightenment beginning in ca 1650. The enlightenment represented a time where everything that had previously been taken for granted was called into question. Seeds began to be planted that perhaps women were much more competent than had previously been considered. That it was a lack of education rather than a lack of intelligence that had created this divide in abilities between the sexes.

In the 1800s a woman's greatest achievement would be to marry and bear children. If they needed the money, women could work, but as a majority they would be in servant roles. In the late 1800s women started to demand change (finally.) They began to recognise that they were entitled to the same rights and liberties as men, and they began to challenge the status quo. After many protests, sacrifices and the unrelenting nature of the suffragettes, women were given the vote on the 21st of November 1918! Universities began to open their doors to women, giving them the opportunity to qualify for higher end roles.

Change was beginning. But we still had an extremely long way to go.

Although opportunity was now much greater, it was still highly unusual for women to work, and those that did manage to get qualified found it very difficult to get hired in the male dominated working world.

Fast forward to the 1940s the war changed everything. All able bodied men between the ages of 18-40 were called away to war, and the gap in the workforce was filled by women! It was discovered that women were able to accomplish the same roles as men just as efficiently and successfully, and whilst they were still getting paid less for doing the same roles, these women were happy to have this unprecedented freedom.

However, come 1949, the men returned and women were mostly forced to go back to home life.

Something needed to change! We clearly hadn't learnt our lesson after the war of the capability of women. The 50s came and went, and whilst women were working, they were limited to what were considered feminine roles, such as secretaries, teachers and shop assistants. Once they married, they were expected to quit and prioritise looking after their husbands.

In the 60s and 70s there was a movement of liberty and freedom, and women once again began to fight for their rights!

Slowly slowly slowly women have been given access to increasing rights and opportunities in the working world, however our fight for equality is far from over. Whilst we have came along leaps and bounds over the last few years and the gap is much smaller, there is still a gap.

We have come an extremely long way, especially drastically in the last 50 years or so. However, as we can see above we certainly still have a long way to go. But the wheels are turning, and more and more people are getting on board with the importance of equality and individual rights for all.